I hope this message finds everyone well and finding positive ways to cope and respond to COVID-19. These are challenging times for everyone. For followers of my radio show, I have some good news to pass along. A brand new Alloy show will air on WDCV-FM tomorrow morning!

I finally got around to watching, “Sex and Broadcasting: A Film About WFMU”, a documentary about one of the finest and most eclectic independent and freeform radio stations around—the ever-evolving WFMU. If you ever wonder how WFMU came to be, where its freeform DNA originated, as well as the ongoing challenges and struggles it has to overcome just to keep afloat, this documentary more than covers those bases. Here is a link to all the places you can stream and/or purchase this documentary

Ever wonder what the secret sauce is behind a lot of the Beatles memorable tunes (were any not memorable?)? Well, PBS just aired during fund drive time a fabulous BBC documentary that focused exclusively on the Sgt. Peppers Lonely Hearts Club Band titled, Sgt. Pepper's Musical Revolution hosted by Howard Goodall. Unfortunately, this documentary doesn’t appear to be available, yet, for viewing or purchase. A drag, because this is an outstanding dive into the details behind how the Beatles composed several of the more memorable Sgt. Peppers tracks. If you can find it, watch it.

In the meantime, via the wonders of YouTube, you can watch a different documentary, also hosted by Howard Goodall, that covers a number of Beatles classic and goes under-the-hood to look at how they did what they did. Vastly entertaining and easy to watch—no previous music knowledge needed, but you will likely learn something you didn’t know before. Great stuff!

The last few weeks I have been enjoying revisiting selections from Sufjan Stevens’ catalog. This time around I am hearing more prog/folk-prog tendencies in his last few releases. This week’s show featured one such track, the fantastic mini-opus, “All Delighted People” from the album of the same name. This EP is probably oft-overlooked, but contains several gems that should not be missed. Additionally, I stumbled across this youtube video that tackles explaining, quite well, Sufjan’s compositional style by zeroing in on the fantastic track Casimir Pulaski Day which appears to exemplify one of his compositional formulas. If you want to see Sufjan Stevens in a full concert setting, there is a concert film that was recorded while he was touring in support of one of his more recent releases, Carrie & Lowell. This week’s show played the hauntingly beautiful track, “John My Beloved” from this release. 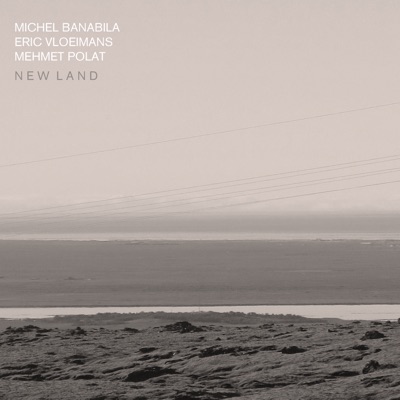 Doing Alloy each week affords me the opportunity to listen and expand both my appreciation and understanding of different styles, approaches, and genres of music. One gift of this process has been discovering the work of music composer and sound artist, Michel Banabila (learn more here and here). I highly recommend checking out his Bandcamp page, diving in most anywhere, and familiarizing yourself with his moving, powerful, and engaging musical world. Michel recently collaborated on a new release titled, "New Land" and I look forward to sharing tracks from this release on the next Alloy broadcast.

"Body and Shadow" by the Brian Blade and the Fellowship Band

Exciting new releases continue to find their way to my doorstep...and ears. Just received the latest release from one of my faves, drummer Brian Blade (@BrianBlade). Blue Note just released "Body and Shadow" by the Brian Blade and the Fellowship Band and I am very excited to give it a listen. In addition to his own work/releases, Brian can be heard on so many exceptional recordings, including sessions with saxophonist Wayne Shorter, Daniel Lanois, Norah Jones, Joni Mitchell, and many more. Brian is an artist who can creatively collaborate in so many different settings. This latest release will likely find its way to being featured on the next Alloy broadcast.

World Cafe recently featured an interview with Pink Floyd guitarist, David Gilmour. It features David answering some interesting questions about the original 1971 "Live at Pompeii" recording/film, as well as his thoughts on his "guitar sound." It is a quick and rather satisfying interview. The interview is timed, such that it is, to support Gilmour's forthcoming album and film "David Gilmour Live at Pompeii." NPR/World Cafe explains the release:

The concert film includes footage from two concerts Gilmour played in the ancient Roman amphitheater in Pompeii in July 2016 — the same place where Pink Floyd recorded a concert film in 1971. The film of Gilmour's 2016 performances will be shown in movie theaters across the country for one night only on Sept. 13, and the concerts will also be available on CD, Blu-ray and DVD on Sept. 29.

For folks who follow Alloy, and live in the greater Carlisle PA area, there is a showing of the movie on the 13th of September (next week!) at the local Regal Cinema. For anyone outside this immediate area, checkout this URL to find a screening near you.

There are a number of different ways to purchase the CD (music) and the DVD (movie) from the recorded Pompeii event. Feel free to look at some of the nifty options, here.

So much to say about this interview that I find I do complete 360 and arrive back at the mental beginning—and have nothing more to add than what Mark Hollis shares, alludes to, and implies (and more!). This excellent interview with Hollis is apparently after the completion of the Talk Talk masterpiece, Laughing Stock (read | listen)—Talk Talk’s final studio album and follow-up to their other masterpiece, Spirit of Eden (read | listen). I would love to hear the whole of this interview, but it appears to apparently be lost in the great ether, if that is possible these days. At any rate, if you are interested in the recording process, the creative process, or bringing your ideas to fruition, this interview segment is relevant.

If the Mark Hollis interview isn’t too “inside baseball” you can pair this video with the exceptional 1966 documentary/interview "The Universal Mind Of Bill Evans” with the late great pianist, Bill Evans. The excellent site, Open Culture, also provides access to the video and features a nice overview of the documentary that is worth checking out as well. 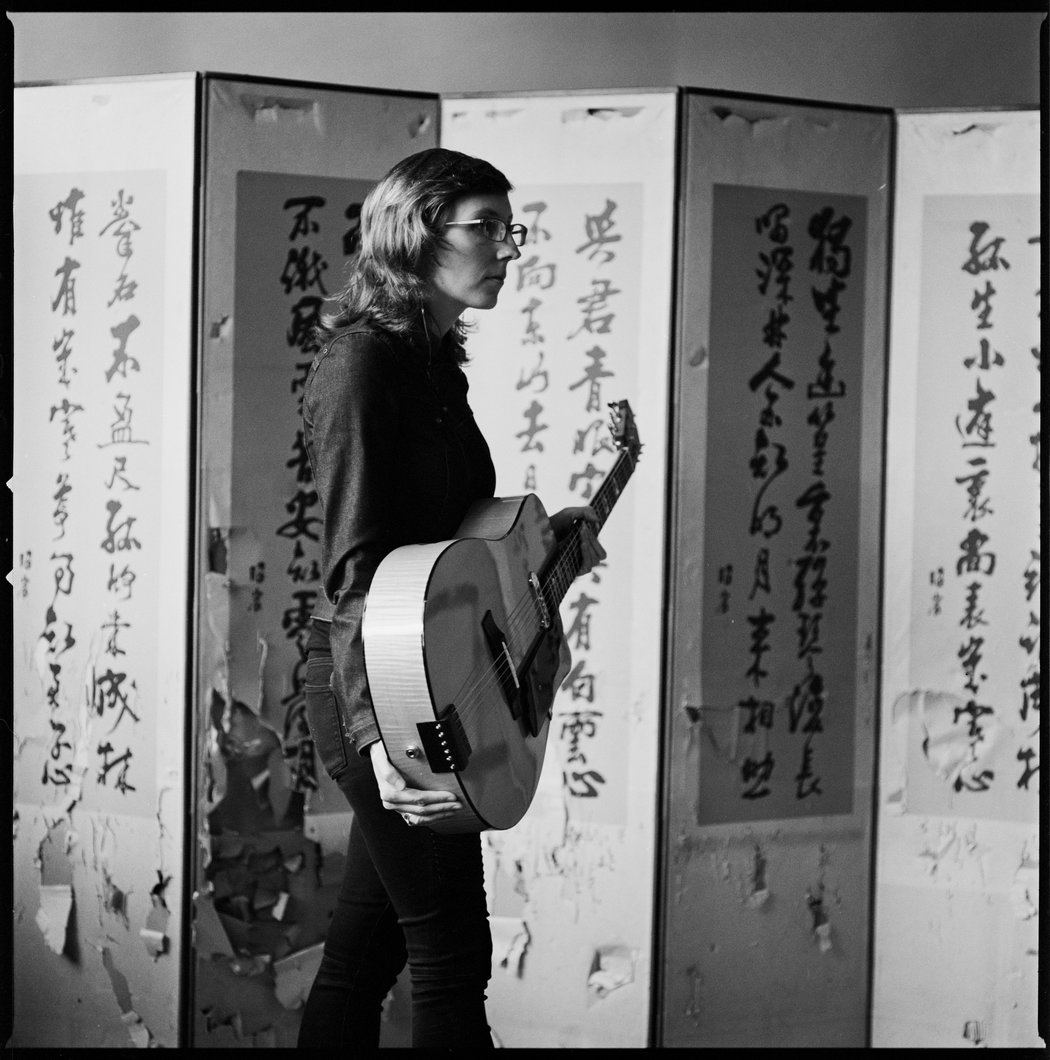 Photo by Jacob Blickenstaff for The New York Times

NY Times music writer, Nate Chinen wrote a fine piece in late October on guitarist Mary Halvorson (“Mary Halvorson on Guitar: Unflinching and Full of Grace”). The article provides a nice primer, a very good entry point, if you are unfamiliar with Mary’s guitar work and collaborations. It is sprinkled with some nice direct quotes, including this one about her unique approach and sound:

Asked whether she had noticed her sound among any imitators, she replied: “Actually no, I don’t think so. I can’t think of a time when I heard someone and thought, ‘Oh, that sounds like what I’m doing.’” After a pause, she added: “Maybe that will happen. I don’t know.”

Also, NPR also wrote a nice article on Mary worth checking out and it includes audio as well..

Both articles touch on Mary’s most recent release, the excellent Away With You, but the NY Times article ends with a primer that includes five releases that feature Mary’s guitar work for those wanting to dive into her catalog. In addition to the five listed releases, I would also add two more: Meltframe (from 2015) and Mary Halvorson & Noël Akchoté (released August 2016) both feature absolutely memorable musical moments. I highly recommend “Cheshire Hotel” and “Leola” off Meltframe. These two tracks illustrate Mary’s unique technique—painting her sonic landscape with just her guitar—melting, dripping, and bending notes like wet paint on a canvas, creating a fascinating and hypnotic psychedelic/temporal experience. 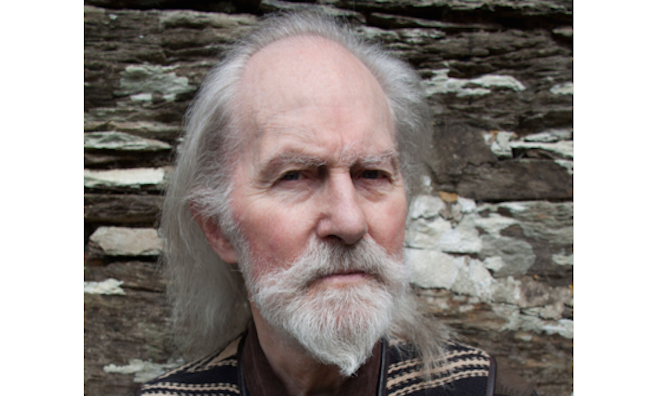 The excellent music review site, Bird is the Worm, posted a spot-on review of Alloy favorite, Dave Douglas' new High Risk release, Dark Territory. Dave Sumner, the mastermind behind Bird is the Worm, focuses on serveral compositions from this release in his review:

On “Celine,” the ground is ice, and the tempo glides and slips and hurtles forward with unpredictable frequencies. The floor is covered in fog on “Let’s Get One Thing Straight” and every step is an uncertain one. “Mission Acropolis” is how it feels to walk through foothills that transform into waves at first touch. “All the Pretty Horsepower” is wading through the light spectrum. “Ridge Hill” is the dance floor. It’s all motion that transforms from moment to moment, image to image, no change quite the same.

Give a listen to "Celine":